Book Direct with the Owner at Sydney Scenic Trike Or Harley Davidson Tour with Attractions Sydney in Sydney, for all your Attraction and travel needs.

Experience the Sydney Harbour Bridge like never before as you take an exhilarating trike ride over the Cityâ€™s most famous icon and explore Sydney's world famous surrounds. All eyes will be on you as you feel the rumble of the engine and wind in your face â€“ itâ€™s the only way to sightsee!

Itinerary
This is a typical itinerary for this product

We drive by the Sydney Opera House

We travel over the Sydney Harbour Bridge

We have a short stop outside Luna Park for photos

The Domain and Mrs Macquaries Chair

See the famous people who have had a pie at Harry's and try one yourself or just drink and take some photos. 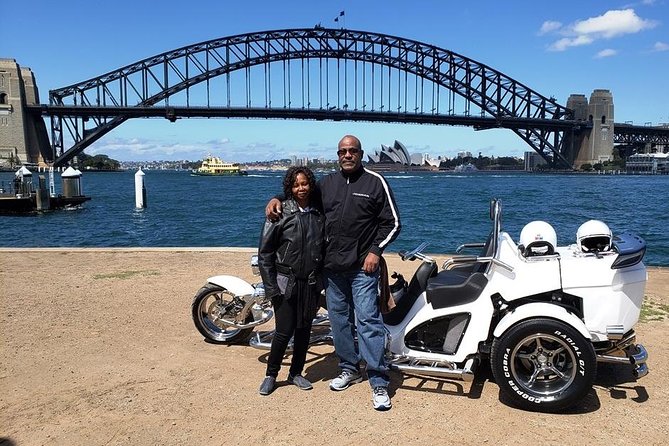 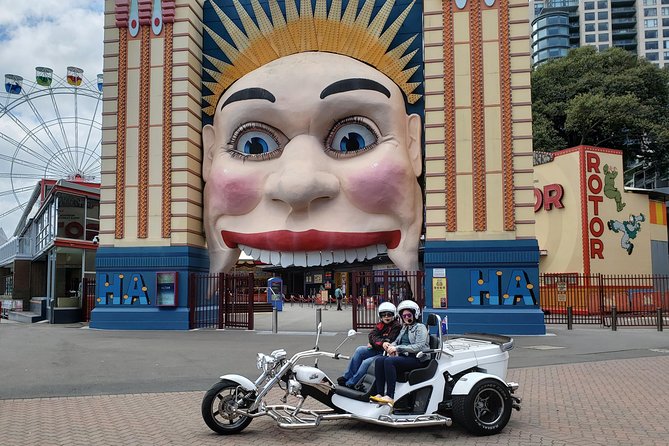 Attractions Sydney welcomes Sydney Scenic Trike Or Harley Davidson Tour in Sydney NSW, we offer an experience that takes you on a journey of a life time in Sydney. For all your attraction and things to do, book your adventure today.

Is Sydney Scenic Trike Or Harley Davidson Tour in Sydney your property on Attractions Sydney, please claim your listing and subscribe to update your contact details and receive your phone calls and emails from your clients.

Why is it important toClaim my Listing