Book Direct with the Owner at Sydney Shore Excursion: Half-Day Sydney City Highlights With Bondi Beach And Watsons Bay with Attractions Sydney in Sydney, for all your Attraction and travel needs.

When your cruise ship docks in Sydney, enjoy a 4.5-hour shore excursion to explore the city's top sights, as well as the eastern suburbs and Bondi Beach. Attractions you'll see include Sydney Harbour Bridge, historical George Street, and the Gap. Port pickup and drop-off by air-conditioned minivan is included at either Circular Quay or White Bay.

After port pickup, your city sightseeing shore excursion starts in the Rocks precinct, where you'll visit the Sydney Observatory lookout for views over the city. Stop under Sydney Harbour Bridge, and walk along the waterfront with Sydney Opera House in the background.

Continue your tour with a drive along historical George Street to see landmarks such as the Queen Victoria Building and Town Hall. Pass by Martin Place, and cross back through the city via Elizabeth and Macquarie streets, heading toward the Royal Botanic Gardens with a look at St Maryâ€™s Cathedral on the way. Stop briefly in the Botanic Gardens to take in the lush scenery before continuing to Sydney's eastern suburbs.

You'll pass through Woolloomooloo and Kings Cross to reach some of the most expensive suburbs in Australia, such as Rushcutters Bay, Darling Point, Double Bay, Point Piper, Rosebay, and Vaucluse, where your guide points out celebrity hotspots and homes. Then head out to Watsonâ€™s Bay to walk along the clifftops of the Gap, the opening of Sydney Harbour from the Pacific Ocean. On the way back to the city center, stop at Bondi Beach, the country's most iconic stretch of sand, a beautiful location home to surfers, sunbathers, swimmers, and lifeguards.

If time permits, you'll also visit Centennial Park, one of the biggest parks in Sydney where you can see flying foxes, black swans, cockatoos, and pelicans, as well as La Perouse Cape, where you can retrace the steps of Captain Cook and Arthur Phillip.

Your shore excursion ends with return to the port to catch your ship. 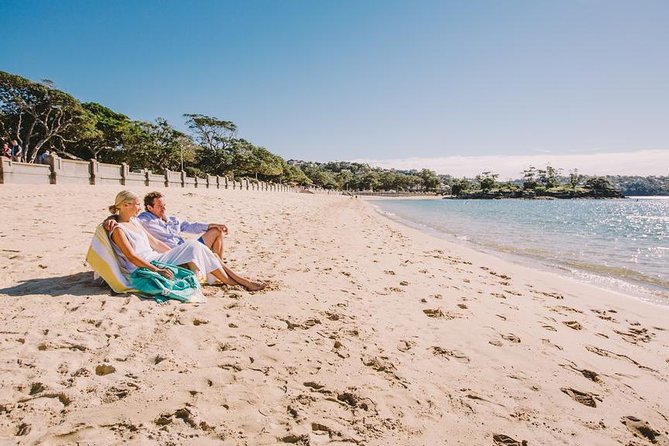 Attractions Sydney welcomes Sydney Shore Excursion: Half-Day Sydney City Highlights With Bondi Beach And Watsons Bay in Sydney NSW, we offer an experience that takes you on a journey of a life time in Sydney. For all your attraction and things to do, book your adventure today.

Is Sydney Shore Excursion: Half-Day Sydney City Highlights With Bondi Beach And Watsons Bay in Sydney your property on Attractions Sydney, please claim your listing and subscribe to update your contact details and receive your phone calls and emails from your clients.