Book Direct with the Owner at Australian National Maritime Museum General Entry Ticket with Attractions Sydney in Sydney, for all your Attraction and travel needs.

Explore one of the worldâ€™s top maritime museums at your leisure with a visit to the Australian National Maritime Museum, conveniently located in Sydneyâ€™s Darling Harbour. The museumâ€™s permanent and traveling exhibitions focus on different aspects of Australiaâ€™s maritime history as well as the beach culture of today. If you've chosen the Big Ticket, the kids will love exploring the four historic ships berthed outside, making this a great outing for all ages.

Permanent galleries tell the story of Australiaâ€™s close ties to the sea. Start in galleries that display artifacts from the original Aboriginal and Torres Strait Islander inhabitants, then continue through displays about the arrival of European explorers, immigration to Australia, and topics including sailing, naval defense, and modern-day surf culture.

As many as three special limited season exhibitions will be on display at the time of your visit. One of the highlights is the chance to visit Action Stations where you can step inside the immersive cinema, discover the exploration space filled with maritime, archaeology, science and history before climbing aboard and join a guided tour of three historic vessels. The submarine HMAS Onslow was part of the Royal Australian Navy fleet up until 1999, when it was decommissioned and transferred to the museum. The Navy destroyer HMAS Vampire represents the last of Australiaâ€™s big gun ships. The restored tall ship James Craig came back to life after a 30-year restoration project; it is one of only four 19th-century barques in the world still capable of sailing today.

See the HMB Endeavour, a replica of the ship that Captain James Cook sailed during his epic world voyage that brought him to Australia in 1770. On board, see what a sailorâ€™s life was like during this 18th century voyage, considered one of history's greatest maritime adventures.

Refuel with food and beverages available for purchase at the on-site cafe, which offers open-air seating that overlooks Darling Harbour. You can also bring a picnic lunch and eat on the museumâ€™s terrace with waterside views.

Arctic Voices is a fun journey into a world of discovery. Children can pounce, hop, push and crawl their way through the Arctic, and come face to face with giant polar bears.Explore with scientists as they catch and tag Arctic whales, and marvel at how plants survive and thrive in this harsh environment.Enjoy a fun and fascinating family journey through a winter wonderland this summer. 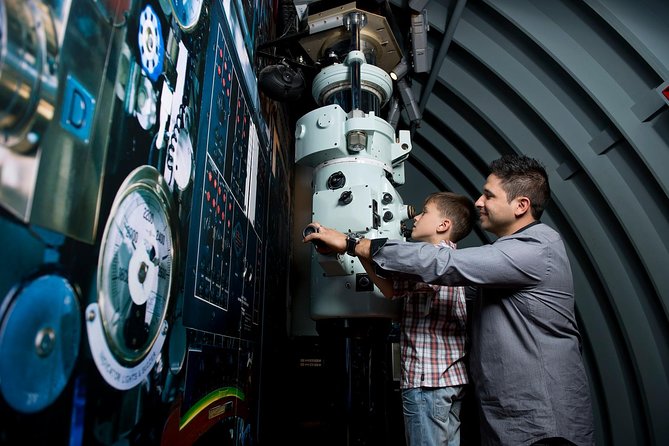 Attractions Sydney welcomes Australian National Maritime Museum General Entry Ticket in Sydney NSW, we offer an experience that takes you on a journey of a life time in Sydney. For all your attraction and things to do, book your adventure today.

Is Australian National Maritime Museum General Entry Ticket in Sydney your property on Attractions Sydney, please claim your listing and subscribe to update your contact details and receive your phone calls and emails from your clients.